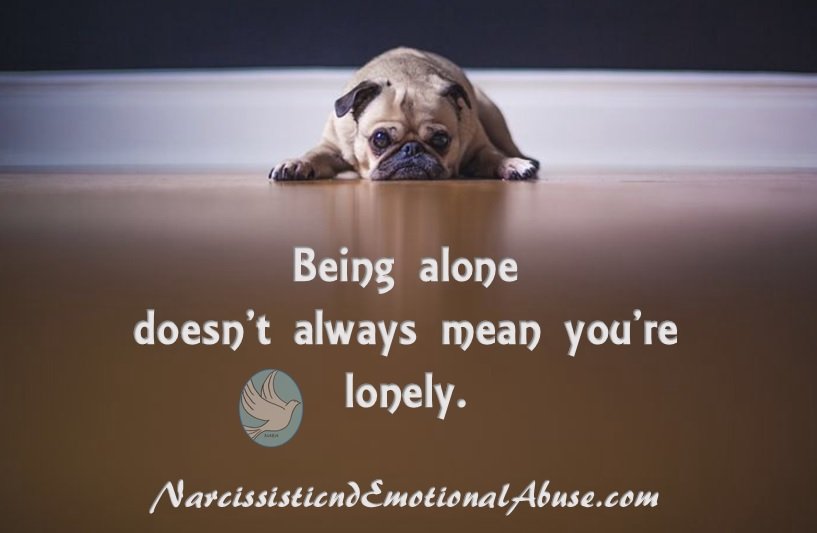 ‘Being alone has a power that very few people can handle.’
Steve Aitcheson

‘People think being alone makes you lonely, but I don’t think that’s true.  Being surrounded by the wrong people is the loneliest thing in the world.’
Kim Culbertson

In the course of my work on the Facebook page and website I have found that many people who have been subjected to abuse prefer to be alone for much of the time.  They are fed up with a world full of people who are all out for themselves with no regard for how their behaviour or words affects those around them.   People who are happy with their own company are not necessarily anti-social.  They simply choose to be alone rather than subject themselves to fake people and back stabbers.

‘There’s a difference between loneliness and being alone.’
Anon

‘If you make friends with yourself, you will never be alone.’
Maxwell Maltz

When you have been deeply hurt by someone, you often find that you distance yourself from people in order to protect yourself.  If you don’t let people get too close, they can’t cause the same type of pain that you’ve experienced in the past.  It’s a form of self-preservation.  Although these people may be described by some as loners, they are just quite content in their own company.  Unlike a narcissist who can’t abide being alone due to the lack of narcissistic supply, these people don’t need others in order to make their lives complete.  They don’t need to be in the spotlight.   These strong individuals can survive and thrive alone or with a small, tight knit circle of friends and / or relatives. 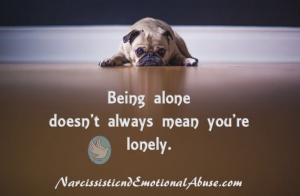 To become a part of their inner circle is not an easy accomplishment.  They tend to be very selective when it comes to letting people get close.  Due to their learning experience from their past, they often develop solid, strong boundaries.  They’re not going to let just anybody become a part of that circle until they’ve been vetted!  If you are lucky enough to find yourself accepted into their inner circle, you’ve probably found one of the most trustworthy, solid, loyal friends that you’ll ever find.  These people are the rare gems of humanity that sadly, one doesn’t come across too often nowadays.

They’ve gained knowledge and wisdom from the rough paths that they have travelled.  They have had their struggles but survived each and every stone that life threw at them and they became stronger as a result.  They understand life’s problems because they’ve been there.  They’ll be your rock when you need someone to lean on.  Just don’t betray them.  They can spot a fake a mile off.  That’s a road well-travelled and they’re not going down that route again.  Once they’re done, they’re done and so, my friend, are you.