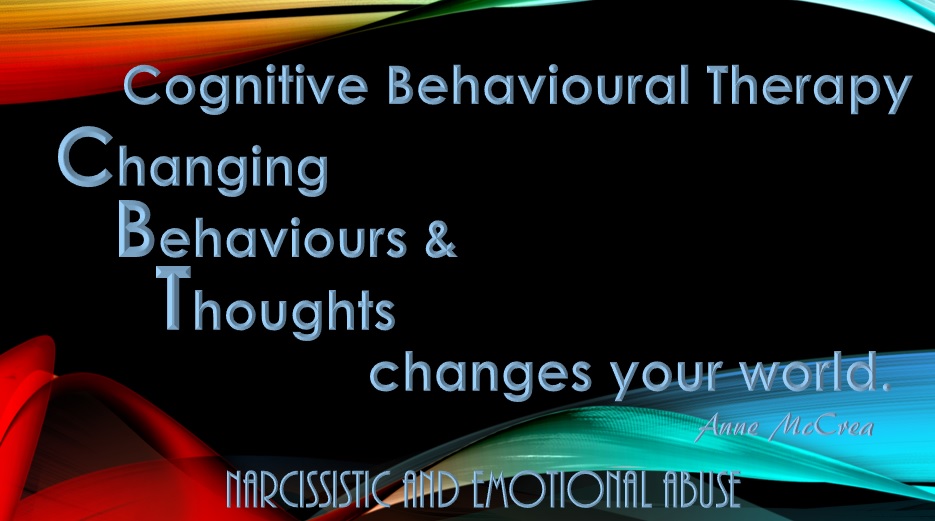 People suffering from PTSD may find this type of approach helpful in their recovery.

Cognitive Behavioural Therapy is about changing the way you think about your problems.  It is not going to take the problems away but it may change the way in which you think about them.  The therapy is based on talking in the hope of changing your mind-set and your behaviour. 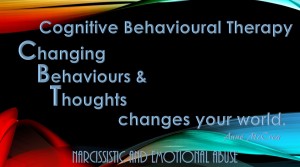 People often become trapped with negative thinking.  The aim is to break down your thoughts into little pieces which then appear to be easier to deal with and to help you understand how your thoughts may increase stress and make symptoms worse.  What you once thought was overwhelming will hopefully seem to be much more manageable.

You will be able to identify the thoughts that cause you to become upset or angry and learn to suppress those thoughts and replace them with something much less distressing.

Patients who have been the target of abuse often blame themselves, holding on to feelings of guilt and shame.  Cognitive Behavioural Therapy will help you understand that being abused was not your fault, that there was nothing you could have done to change things and that the responsibility lies solely with the abuser.

You may be asked to confront your traumatic memories by thinking about your experience in detail.  You will learn how to cope with any distress you may feel and to no longer be afraid of those memories. 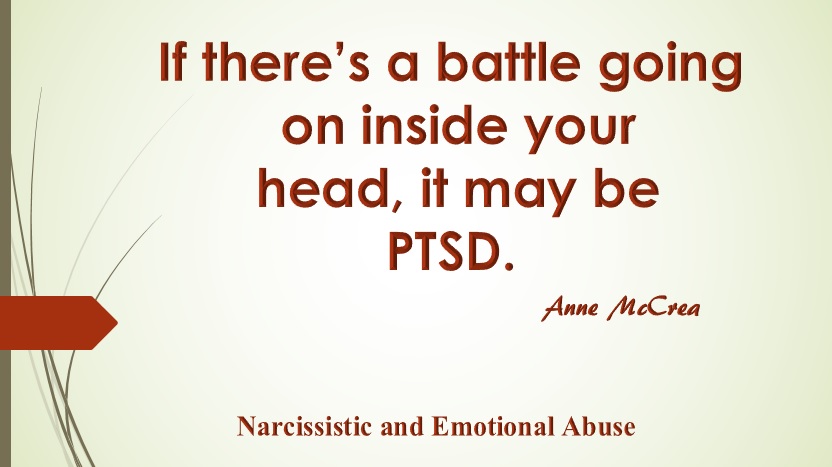 PTSD is a complex disorder which is often associated with soldiers returning from combat, but it is something which is very common with people who have suffered traumatic events in their lives.  It can occur at any time after the event or series of events with the person affected often having flashbacks or nightmares.  Symptoms may surface at the time, months or even years later.  PTSD is treatable with the correct help and support.

Symptoms of PTSD vary from person to person and may severely impact on the ability to lead a normal life.  Some of the most common symptoms are listed below… 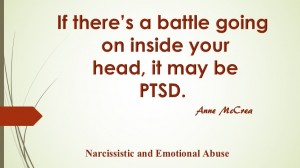 Feelings of distress and anxiety

Nervousness and feeling on edge

Some people have difficulty quelling the constant stream of negative thoughts resulting in a continuum of questioning oneself, thus negating an ability to come to terms with the past.

It is estimated that one in three people who have suffered trauma will develop some form of PTSD.

The US Department of Veterans Affairs has stated that Dr Judith Herman of Harvard University suggested that a new diagnosis, Complex PTSD, is needed to describe the symptoms of long-term trauma.  It may not develop for years and can cause similar symptoms to PTSD.

What types of trauma are associated with Complex PTSD?

During long-term traumas, the victim is generally held in a state of captivity, physically or emotionally, according to Dr. Herman.  In these situations the victim is under the control of the perpetrator and unable to get away from the danger.

What additional symptoms are seen in Complex PTSD?

An individual who experienced a prolonged period (months to years) of chronic victimization and total control by another may also experience the following difficulties:

What other difficulties are faced by those who experienced chronic trauma?

Because people who experience chronic trauma often have additional symptoms not included in the PTSD diagnosis, clinicians may misdiagnose PTSD or only diagnose a personality disorder consistent with some symptoms, such as Borderline, Dependent, or Masochistic Personality Disorder.

Care should be taken during assessment to understand whether symptoms are characteristic of PTSD or if the survivor has co-occurring PTSD and personality disorder.  Clinicians should assess for PTSD specifically, keeping in mind that chronic trauma survivors may experience any of the following difficulties:

It is perfectly normal to experience intrusive thoughts after trauma though these should improve naturally after a relatively short period of time, however treatment should be sought if symptoms persist.