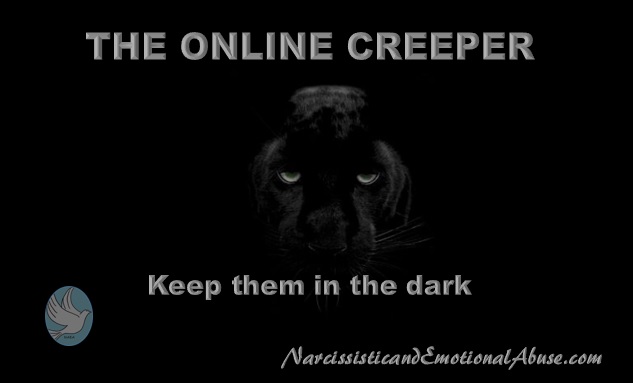 Some narcissists will use social media to get attention. Others will use the likes of Facebook and Instagram to stalk, creep and keep an eye on you, your family and what you’re doing. There’s a big difference between nosiness and fixation. Narcissists don’t like to lose control, let go and they struggle to come to terms with the fact that you have moved on with your life. They find it almost impossible to keep their nose out of your business and their spying may become obsessive. This type of behaviour is not normal by a long shot. 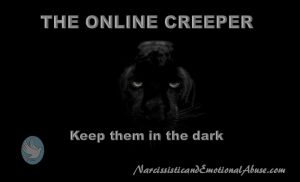 These online creepers have problems in their own lives that they need to address. Unfortunately they will rarely see a problem with their conduct. Mentally stable individuals who have happily moved on with their lives will have no desire to creep online. They don’t want to see what people who are no longer a part of their circle are up to.

It doesn’t matter how much time has elapsed since you last had any form of contact with these paranoid individuals. Their crazy behaviour may last for many years.

Most of the time this online creeping often will go unnoticed by the person being watched. However, sometimes these online sneaks slip up and leave a trace. They accidentally hit a like button, realise their stupid mistake and quickly hit the button again hoping to remove all traces that they’ve been watching you. Alas, it doesn’t work that way. They’ve been found out.

(Yes, after five years this little scenario was played out yesterday by my ex-partner’s son who was obviously slithering online like a snake hoping that he wouldn’t be observed. And yes, he slipped up, hit the like button and then quickly tried to unlike it. Too late, you were caught.)

For some, online creeping may turn into something much more sinister such as continual stalking and harassment which I will cover in another article.

In the meantime, if you want to keep your life private, keep your profile locked down and keep those little online creepers in the dark.

Narcissistic and Emotional Abuse, Shattering the Illusion is now available on Amazon.