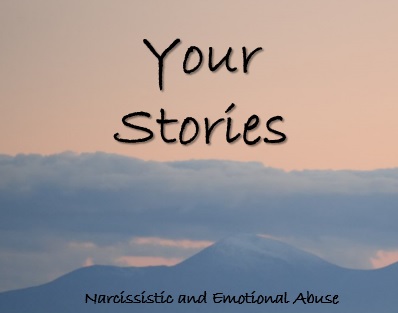 I am going through a bitter court battle right now as self represented.  My new spouse is keeping my file for me.  She is such a blessing to me, the best example of a perfect wife a man could ever have.

Forcing someone to be your friend, lover, girlfriend, spouse etc. through emotional attachment, anger, sadness, playing the victim, false accusations, lies etc. is a very dangerous position to be in for the real victim.  Although fooling friends, family and acquaintances may work for some people and you may initially get away with it, eventually at least some people will get wise to it.  Although I don’t personally recommend this, some people spend their whole life savings on fighting against this injustice.  I think the best way is to try to get along, protect yourself against this type of domestic abuse/violence (narcissistic behaviour) by not becoming bitter.  Understanding that the man or woman or spouse who is putting you through this is sick and needs therapy.  Spend as little as possible, love your kids as much as possible and jump off the court battles and fights as soon as you can.  Pray, be happy, keep your faith, be strong, don’t take anything personal, and make wise decisions.  When you don’t react the way a narcissist predicts or wants, they lose the battle.  This way, you always win because you have your peace intact, money in the bank, a loving, affectionate relationship with your kids and a healthy family environment for your kids before, during and when the court process is over.

One thought on “Protect yourself by not becoming bitter”